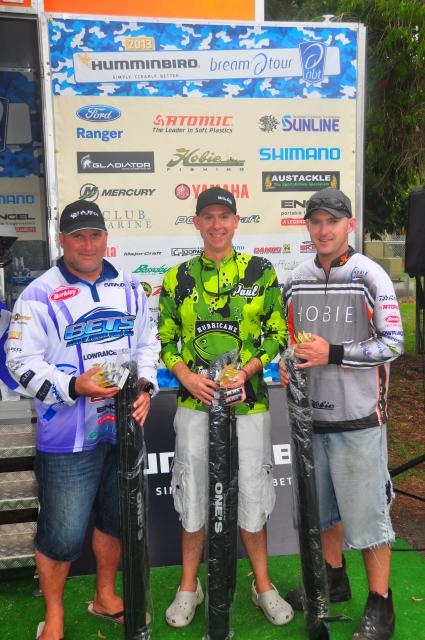 Deep crankbaits were also the theme for at least one of the days of Paul Jankowiak (10/10, 7.58kg), non boater champion for the event. It was a sweet victory for the debutant non boater who admittedly ‘just went along to learn some techniques and meet the guys’.

“I’m stoked with the experience and couldn’t have drawn two better boaters – Ian Brown and Lex Court, who was fishing his first ABT as a boater after graduating from the non-boater ranks.

“I fished Ecogear ZX30 (419) and VX40 (439) on mid-lake banks with a short, sharp hop with Ian and the bream really hit the baits hard. We were catching four or five undersized fish for each legal bream,” Paul reported.

“Day two with Lex I fished pimped (by Geneo Kustoms) Crankas (shallow and deep) and Hurricane Fattys in a custom purple crab colour and the bream loved them.”

Paul estimated he landed around a dozen legal bream on the Sunday banging these cranks into the bottom in shallower water in the bottom lake near Fairhaven.

“I fish the Lakes a lot so I’m looking forward to that event,” Paul finished.